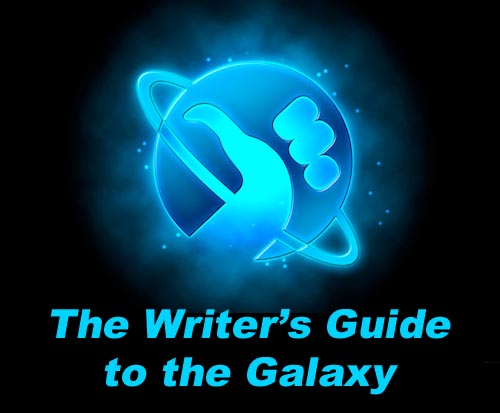 How to make a movie in your reader’s mind

Expand each word and phrase by doing one or more of the following:

Showing: As the footsteps tapped closer and closer, Jack felt his stomach muscles tighten. He flattened himself to the wall, the bricks gritty against his cheek. Sweat chilled his palms. He used both hands to steady the gun.

Showing: Brenda slammed her dresser drawer shut and spun around, her hands hidden behind her back. Her lips jerked into a stiff smile. "Dave! I-I thought you wouldn't be home until six o'clock."

Telling: Joe saw a dog. It was big. It looked mean. He started to run. The dog chased him. He tripped. The dog did not bite him. It licked him.

Showing: A set of eerily lit eyes and a lone bark greeted him from across the field. Judging by its tall shadow under the moonlight and the way it bared its teeth, Joe wanted little to do with the animal. His feet did the best they could to carry him back to his home, but nevertheless a second set of feet followed him, closing the gap as he became breathless. An outstretched tree root thwarted his last chance of escape. Expecting the worst, he turned over on his back, shielding his head. To his surprise, however, he felt not teeth nor claw, but a warm liquid on his hands. Looking up, almost not wanting to believe it, he saw an outstretched tongue and a wagging tail.

Telling: Mrs. Parker was nosy. She gossiped about her neighbors.

Showing: Turning the blinds ever so slightly, Mrs. Parker could just peek through the window and see the Ford Explorer parked in the driveway. She squinted to get a better view of the tall, muscular man getting out of the vehicle and walking up to Mrs. Jones' front door. He rang the doorbell. When Mrs. Jones opened the door and welcomed the stranger into her home with a hug, Mrs. Parker gasped and ran to her phone.

"Charlotte, you are not going to believe what I just saw!" Mrs. Parker peeked out the window again to see if the man was still inside.

Showing: Nick's hand curled into a tight fist, his anger swelling up from his chest, threatening to choke him with bitterness. He stared hard at the man standing in front of him, and his eyes narrowed to thin slits. A muscle in his jaw ticked. His brother had not changed, not one bit in the past two years that he'd been abroad. "You dare to question my honor?" Nick bit out, wanting desperately to smash his fist into the side of Robert's head. He held back. His mother would not like to see her favored son knocked to the ground.

Telling: "You are such a jerk," he said angrily.

Showing: "You are such a jerk." Dan slammed the phone book shut and threw it at the couch. The pages ruffled open, the names inside seeming exposed and vulnerable against the stark black leather. Dan got to his feet, moving so fast his chair skidded against the floor and dented the new drywall.